Join With Us In Praying The Angelus

Designed to commemorate the mystery of the Incarnation and pay homage to Mary’s role in salvation history, it has long been part of Catholic life. Around the world, three times every day, the faithful stop whatever they are doing and with the words “The Angel of the Lord declared unto Mary” begin this simple yet beautiful prayer.

It is considered that in the 11th Century, the Franciscan monks had the custom of saying Three Hail Marys, along with the bell that was rung, at their Evening Prayer.

The Three Hail Marys was to honour “the immaculate Virgin Mother and to preserve a perfect purity of mind, heart and body, in the midst of the dangers that are encountered in the world” 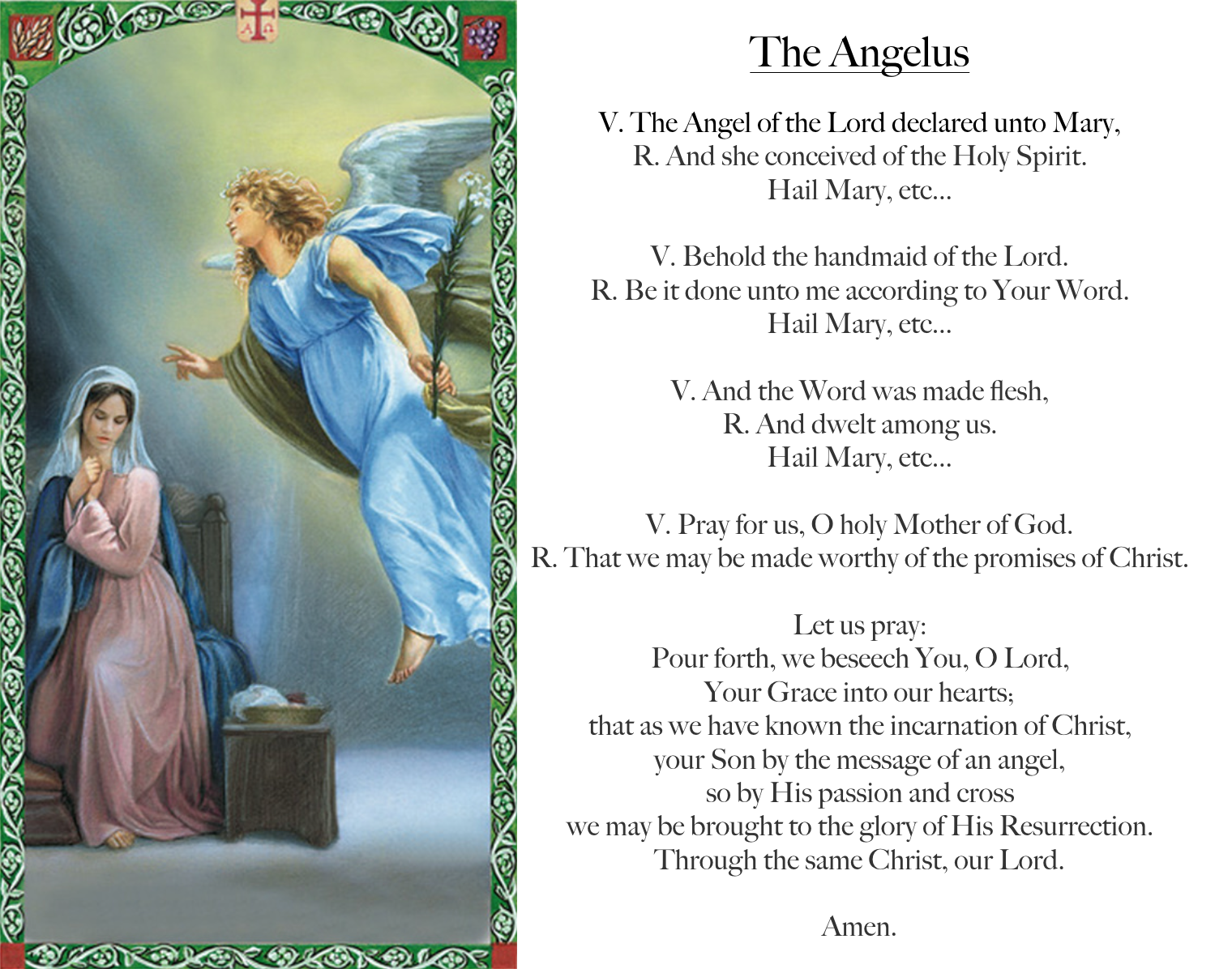